Update:
- We've removed the sample page and replaced it with the directory listing. This makes it easier to manage.
- Zines have been moved to the archive page.

Hello everyone, we hope you're doing well and have had a nice 2021.

2021 was a year of exponential growth for vx-underground - it went from a relatively unknown website to a website receiving thousands of unique visitors a month and millions upon millions of downloads. We also successfully began pseudo-crowd-funding with monthly donors which has been incredibly helpful to us as well.

This growth has been both a blessing and a curse. Many good things occurred and many bad things happened as well. We are using these experiences as opportunities for us to grow as a team. Hence in 2022 we will be making some changes to the website, social media presence, and public Discord.

Second - vx-underground will be returning Malware Blocks in 2022. January 3rd we will re-launch the blocks, which will allow both mass-download and individual sample download. However, unlike our previous entries, samples will not be named using the Kaspersky naming convention. All files with be simple MD5 hashes. We are returning these blocks for individuals interested in mass-download for research or study. Furthermore, all files will be compressed and password protected to comply with our current host.

Third - it has been a privilege and an honor to help educate individuals all across the globe. It also feels nice to give things to people. In 2022 we will attempt to do more giveaways of both clothing merchandise but also educational literature, or anything else which we deem beneficial and malware related. In the beginning of 2022 we will be giving away a bunch of Infosec swag for free. We will be doing the giveaway on Twitter. It will be free for anyone to enter and potentially receive free stuff.

Finally, we would again like to express our gratitude to individuals who aided us this year.

Hello. We've made quite a bit of additions today. The entire vx-underground has been busy with the Holiday season B-S. Enjoy!

As we continue to add more Log4J malware samples to our malware collection - we have been working in the background to expand our malware sample library. Unfortunately, we are working to re-index our samples and we are sitting at approx. 4,200,000 samples. Organized families will be published December, 20th 2021

General Updates:
Notes from UG tab has been renamed to Threat Intel. This is best describes this category and material that will be present
Darkweb site table added

Hello and welcome to vx-underground.org 2.0. Our site has made a large aesthetic update. Historically our website utilized ASCII art and other more hackerish aesthetics. Although this is nice - it proved to be increasingly difficult to add, remove, or organize content.

The new aesthetic we're using is also fairly generic. It is nothing special. It does not contain large amounts of images, CSS, or javascript. It is still HTML and basic CSS. We hope the website can be easily navigable and easy on the eyes.

Special thanks to our donors, twitter supporters, and everyone else who has continued to support us as we traverse these volatile waters 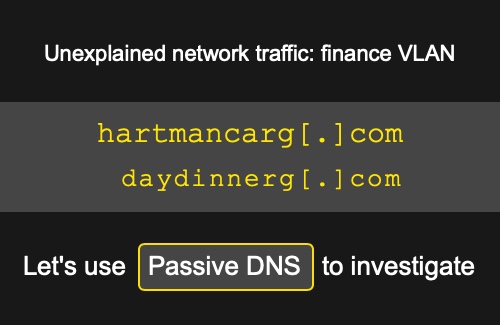 Your information could go here